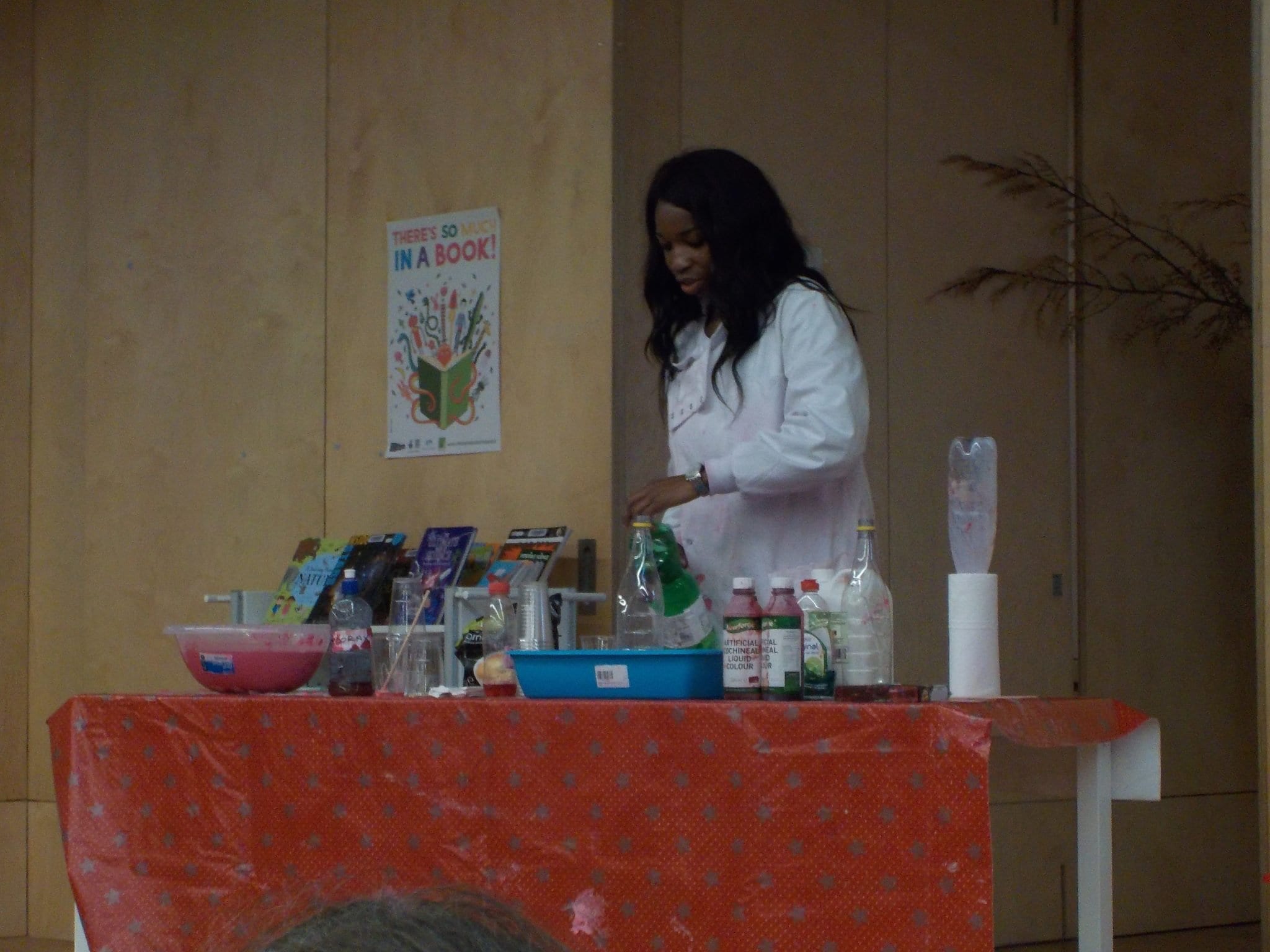 Science Week was yet another exciting and eventful week in St. Pius X, G.N.S.  The theme this year was #Science Rising and the focus was on the scientific concept of “light”.  Many classes carried out activities in this area.

“Garda Ben visited our class and brought with him equipment the Gardai use when they take a suspect to the station and fingerprint them.  Cara from our class volunteered to be fingerprinted. Garda Ben fingerprinted all of her fingers, both thumbs and her writing palms, using the real equipment they use in a Garda station.   He placed the fingerprints carefully in evidence bags.  When they were finished Cara had ink all over her hands!   Garda Ben told us that some criminals wear gloves so they don`t leave their fingerprints at the crime scene. If the Gardai can’t take fingerprints, then they have to take DNA samples such as hair and blood instead. If no DNA is to be found, the Gardai check the CCTV in the area for information.    It was a fun, interesting and enjoyable afternoon.  Thanks Garda Ben!”

On Tuesday 15th November, the fourth classes headed to Ballyroan Library for a C.S.I. workshop.

“A lady called Aoife welcomed us and told us she was going to teach us about Forensic Science.  First she explained the scenario that we were to investigate. A murder had occurred in Ballyroan library.   She announced the main suspects and told us why they were suspects. They were Colonel Mustard, Rev. Green, Ms. Scarlet, Mrs. White, Professor Plum and Ms. Peacock.   We tested our first piece of evidence….the ink from the suspects` pens. We used filter paper to decide which matched the ink from the note at the crime scene. We found that three of the inks matched the ink from the crime scene, so we had to test the soil from their shoes. Our indicator was red cabbage juice. When we squirted the juice on the soil, it would turn pink for an acid, and blue for a base. We came to the conclusion that Ms Scarlet was the culprit. We had a great time in Ballyroan Library and we hope to go back again sometime soon!

On Wednesday, the 16th November,  the 6th classes also went to Ballyroan Library and participated in a Junior Einstein workshop.

“The scientist showed us a bowl of slime and demonstrated how to make it. The long-chain polarisation reaction was slime made with borax, corn flour and food colouring. The other slime was hard when pressure was applied and soft when touched gently. She also made some elephant’s toothpaste, which was made with H2O2 ( Hydrogen Peroxide) liquid , food colouring, water and yeast to speed up the process. It came out of a bottle in a foam texture. The scientist moved on to physics and showed us a plasma ball which is a clear glass sphere filled with a mixture of various gases with a high voltage electrode in the middle.  When electricity is supplied, it creates amazing beams of coloured light.  We got to feel the slime and the plasma ball.  There was a machine called the van de graaff generator which produces very high voltage electricity.  The scientist demonstrated  how it works with a rubber doll.  When the doll was made to touch the generator, it`s hair  stood on end!   Our Junior Einstein experience was a great opportunity for the 6th class girls to participate in further scientific investigations during Science Week 2016!