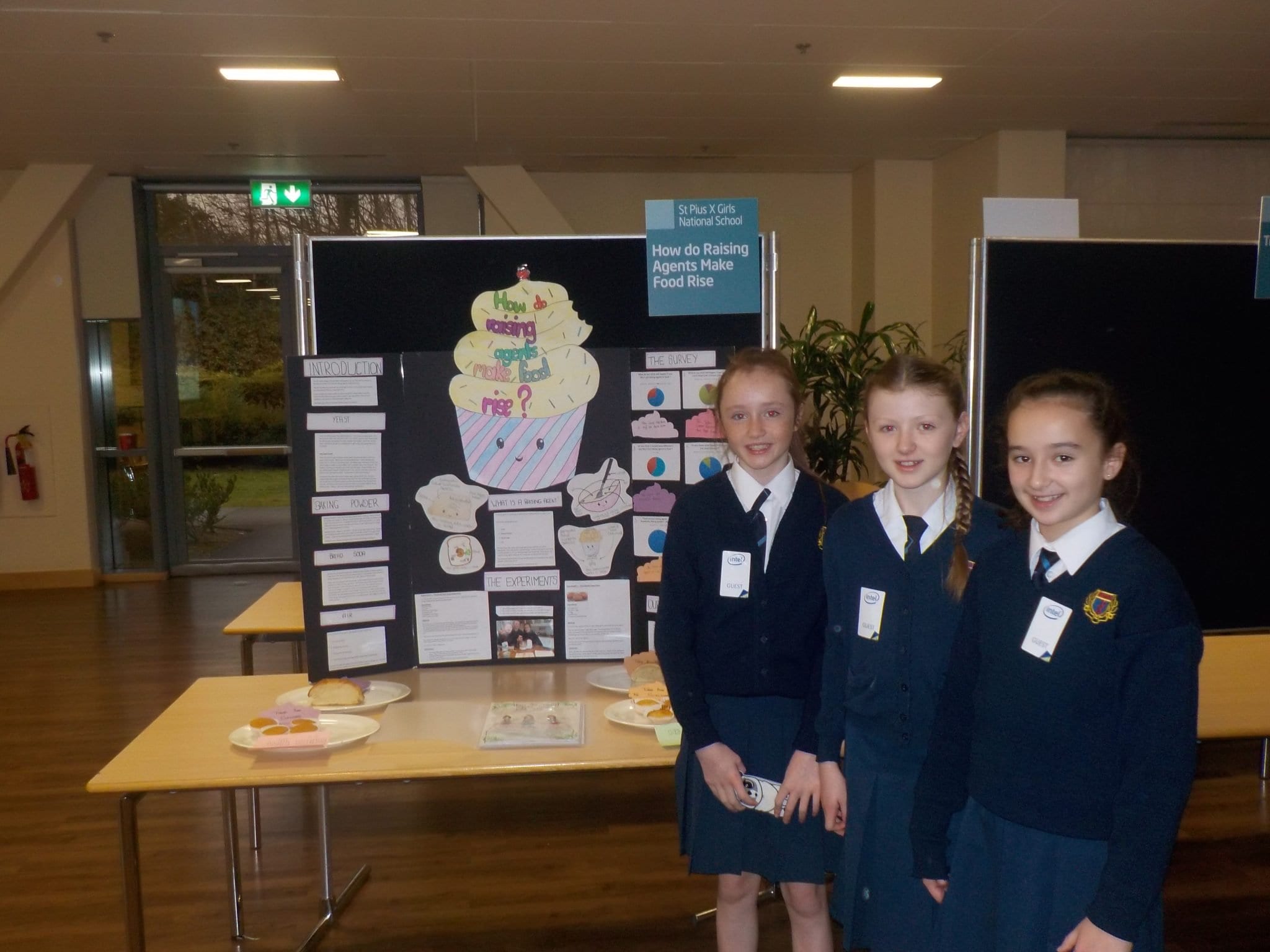 Annabel, Megan and Katie represented St. Pius X G.N.S. in the Intel Regional Final in Intel on Friday 9th December 2016 with their project “How do raising agents make food rise?”

“We arrived at Intel on the 9th of December 2016 at 8.35am, found the stand with our school and project name on it and we set up.  We had baked lots of goodies for people to try and see what they thought of the taste and colour of the different raising agents we had used.  We used no raising agents with some of our baking.

Looking around, we could see about 50 other projects from schools all around the country.

The judges started judging at about 10:30 am.  We practised asking each other questions as we waited for our turn.  The judges’ names were Megan and Kenny and when they examined us, they were very kind and supportive.

When the judging was finished we were all given lunch and there was an interactive Science show.  It was all about the Science of juggling.  We really enjoyed the show.  Afterwards the 9 winners were announced.  Here are a few “Fantastic Fudges” and “Dancing Fluids”.  Two of our favourites were, “What the Flip?” which was the Science behind bottle flipping, and “The Science behind bath bombs” which was also very interesting.

Each winning team got a trophy for their school and a medal for each student.  Everyone got an Intel stress ball.

By Megan, Annabel and Katie