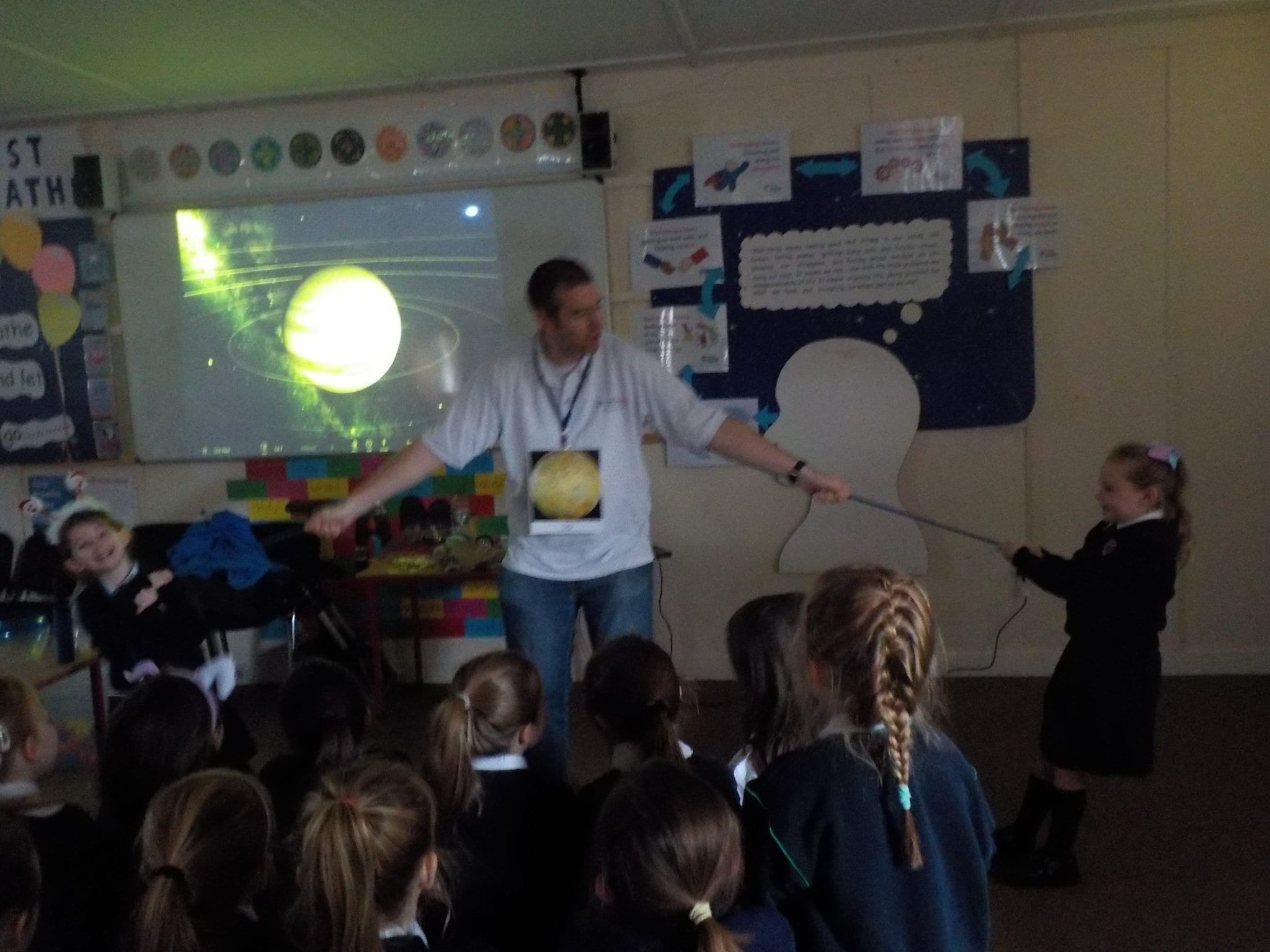 There was great excitement as Declan Holmes arrived in St. Pius X, G.N.S. with his new space-themed show!   Every class had the opportunity to participate in what turned out to be a fascinating insight into the world of space!  Through lots of fun and interactive experiments using rocket balloons, a golf ball and water bottle, connector ropes, a magnetic ball, actual rocks from another planet, a box of coloured plastic balls , and of course, lots of willing volunteers from a very enthusiastic audience,   Declan demonstrated  each of the  incredible  facts.  We  learnt that the sun rises only every two years on Mercury and that there is no atmospheric pressure there,  so your blood would boil and you would die!  The temperatures on Mercury range from -180 degrees to 438 degrees!  Landing on Jupiter would be like landing on a bubble,  because it is made up of gas. Europa, one of Jupiter`s moons, has more water than earth.  If there could be life elsewhere in Space, it would be on Enceladus, one of Jupiter`s moons.  Venus is covered in a layer of cloud and the atmospheric pressure is ten times stronger than on Earth. The temperature here is -460 degrees!  Declan informed us that in 2033 there is a possibility that there will be humans on Mars.  Exciting times ahead in the world of space! Thanks Declan for a fun and educational show!