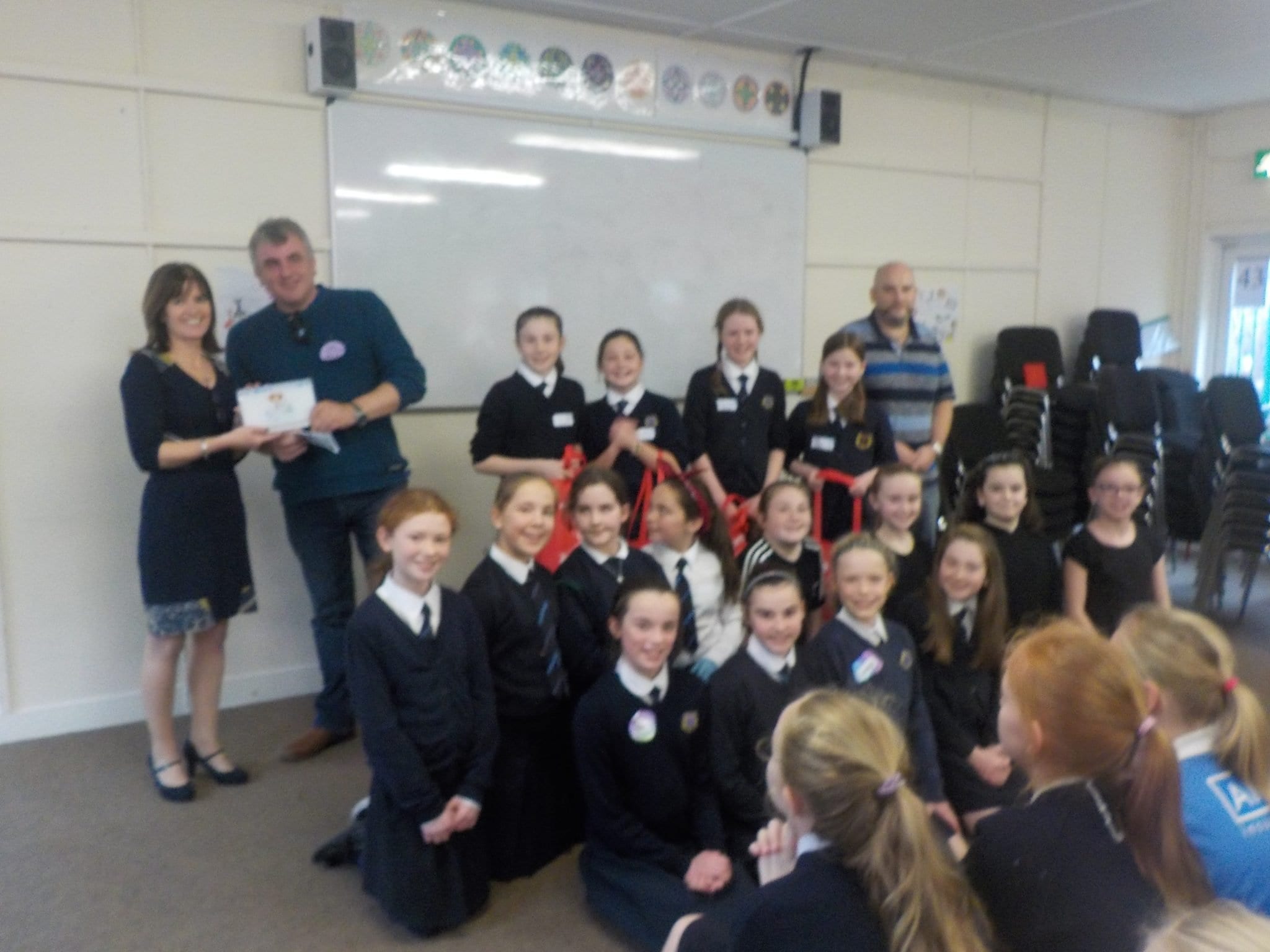 The day had finally arrived and we (the three 5th classes) hurried to our stands where we had set up our projects the previous day.  The excitement and tension was palpable!  Having spent many weeks researching and investigating our scientific question, we eagerly awaited the judges` arrival!  We were nervous, but very excited to hear what they had to say.  The practice run the previous Friday had given us confidence to realise that we knew our subject very well.  The judges, Orla, Trevor and John, were delighted when they saw the great variety of projects on display – “Ape Index”, “Five second Rule – fact or fiction”,  “Germs – what do you know?”, “ Is it good to be afraid?” “How do dogs react to music?”  – to name but a few.  They spent plenty of time with each group and asked lots of challenging questions.  They decided to choose three runner-up projects and one overall winner.    Later on in the day, we gathered in the GP room with the judges, Ms. Doyle and our teachers.   John (one of the judges) spoke and said how he and the judges were so impressed with the standard of the projects.  First he announced the three runner-up projects “Ape Index” – Orla McEneaney, Ruby Marley, Grace Spencer and Emily McCloskey, “Can we make a shampoo that kills dogs` parasites?” – Lucia Noon, Sophia Murray, Anna Sutcliffe, Lana Kitterick and “Five second rule: fact or fiction?” – Leonor Burke, Alison Dillon, Ellie Ward, Laoise Hyland.  The overall winning project was “Is Borax dangerous in the making of slime?” – Lucy Somers, Juliet Graham, Sibéal Duffy and Sophia Smyth.  This project will go on to a further competition in Intel in the coming weeks.   St. Pius X, G.N.S. was awarded a plaque and every girl who participated received a certificate and a goody bag!

Congratulations to all the girls!