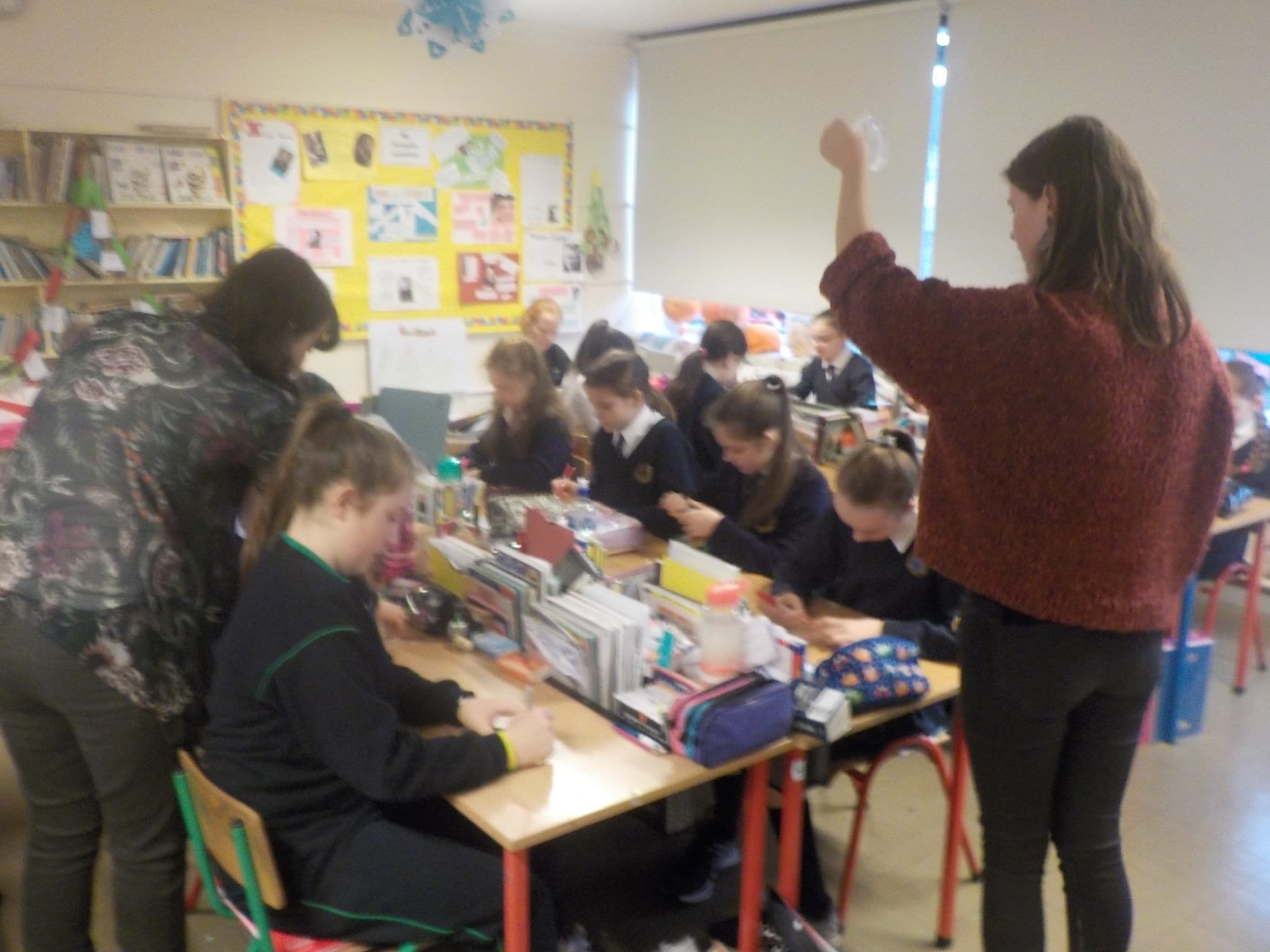 On 11th December, Siobhán and Cara from Designer Minds visited our school.  Designer Minds is a club which teaches about Science, Engineering, Technology and lots more.  While you`re learning, you`re also doing fun experiments with your friends and challenging yourself.  In Designer Minds they focus on STEAM – Science, Technology, Engineering and Maths, but there`s also an “A” in there.   The “A” stands for Art because in Designer Minds, they believe that Art is very important.  If you think about it, a scientist needs to be creative to come up with new ideas. Also, if you`re artistic it will come in handy if you`re drawing diagrams.  Designer Minds is training the younger generation to become amazing scientists and engineers, and as a girls school, encourage us to delve into our potential STEAM genius!

Siobhán and Cara told us that we were going to be doing an experiment on bacteria.   The hypothesis was “Does antibacterial gel kill bacteria?”  After Siobhán and Cara explained everything, they distributed a petri dish to each one of us.  Each dish had a layer of jelly on the base.  This contained water, food and oxygen, everything that bacteria need to survive and grow. We were warned not to open the petri dishes as there were already bacteria in them.  We were given a marker and drew a line down the middle of the petri dish.  On one side we wrote “D” for dirty and on the other “C” for clean.   Cotton buds were handed out.  We dipped the cotton bud in water and rubbed it along our hands (to pick up any bacteria).  Very carefully we then rubbed the dirty cotton bud on the “D” side of the dish. Next we put hand gel on our hands and washed them thoroughly.  We used the same process again with the cotton bud and carefully rubbed it on the “C” side of the petri dish.  We ensured our petri dishes were tightly sealed with sellotape.  We got individual ziploc bags, placed our petri dishes carefully in them and sealed them too.  To see if antibacterial gel kills bacteria, we were advised to keep the petri dishes at home either in a hot press or in a sock, and to check the “D” and the “C” sides of the petri dishes every few days.  We will note the bacteria on either side.   We plan to bring the petri dishes back to school in one week (18th December), to observe, draw conclusions and record our results.   We`ll keep you updated!

By Gabrielle Frain and Naia Murphy