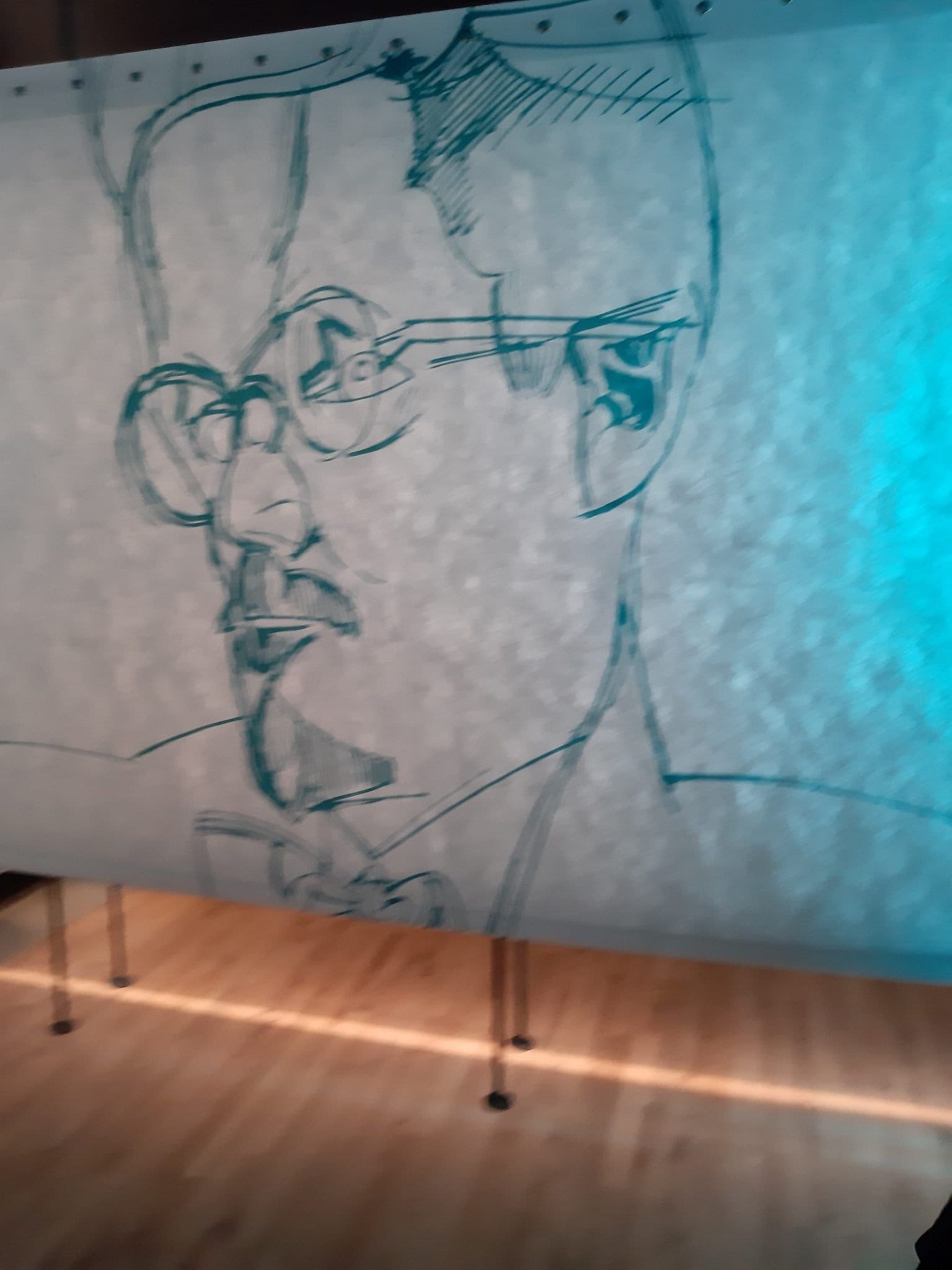 On the  8th January 2020, we arrived at Newman House, home to MoLI (Museum of Literature Ireland).   We received a warm and enthusiastic welcome from Jenny, Lily and three volunteers. They told us that we would be learning about the Irish novelist James Joyce.  Barely anyone knew who he was!

Jenny and the staff took us upstairs and asked us to count the number of stairs. To our surprise, we all got a different number!

We sat in little groups of around five, and came up with group names and an action.   We played a game where each girl in a group would mime giving a present to a person at their table, and the receiver would have to guess what the present was.

When writing, James Joyce we were told used the technique “stream of thought” which we tried out. Basically, it was writing for as long as you could without stopping or thinking about it. We had to do that for two minutes.  It proved harder than we expected! After a minute or two of that, we took crayons to edit what we had written.

Next, we either wrote or drew a timeline of our morning adding two things that surprised us. What really surprised us was how our mornings were a lot more interesting than we thought.

After that, each group got a big page which had marks from 2008 all the way to 2020. Each group had to write or draw a timeline of events in their lives!  Our lives are so interesting!   After ten minutes, the teacher took the timeline and we continued on to the museum.

We then went into a room which had lots of little cards with quotes from James Joyce and other writers.    They were cool, and we took lots of them home.

The next room was an audio room. There were shower-like speakers coming down from the ceiling! We put those speakers to our ears and got to hear famous writers reading out of James Joyce’s books! We also got to use magnets to stick up our own drawings to the wall! We found out that a girl in our class had been there with her granny in November and had stuck her drawing up on the wall.  It was still there!

Next, we went into a room that had been recreated to look like a scene from a book of the famous Irish author Kate O’Brien.  There was a usable typewriter, a suitcase full of belongings, and a café scene! This was awesome!   Some of us tried on the outfits from the suitcase!

Our time was up and we had to leave. It was an amazing experience.  It couldn’t have been better! We are very thankful to our teachers for bringing us on such a wonderful adventure!

By Anna Weekes and Lucy Mulcahy.